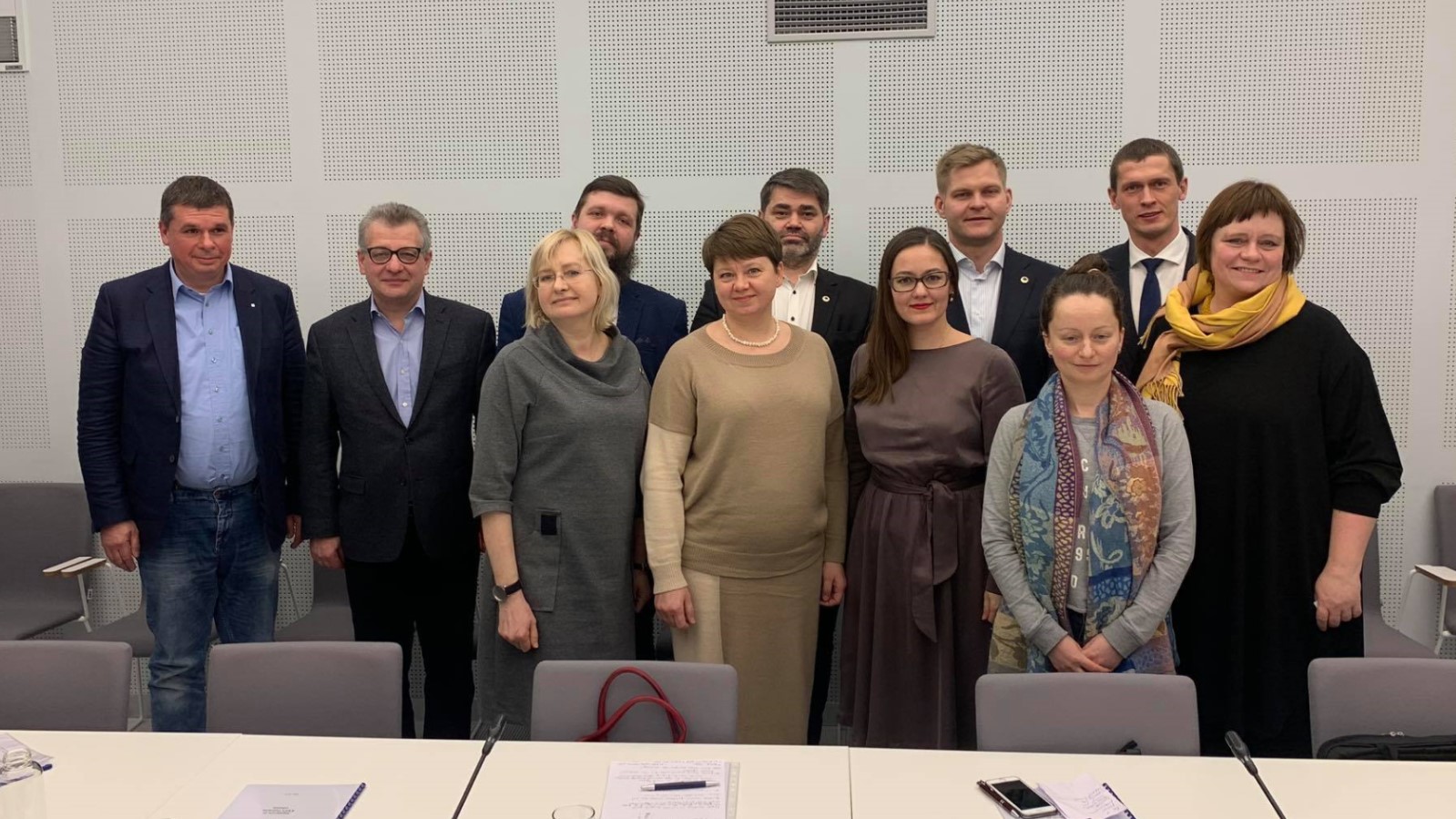 On 11th of November, in support of Russian civil society, a group of Members of Paliament met with representatives of the Russian civil society promotion and Russian emigrants support association (AREM). The meeting was organized by Linda Ozola from conservatives and the head of the parliamentary group, in response to the invitation of the chairman of AREM, Russian political refugee Dmitry Savvin. The Conservative MP`s Juris Jurašs, Juta Strīķe, Gatis Eglītis, and Normunds Žunna were presented with an in-depth analysis of “Interpol as the instrument of political repression of the Russian Federation in the European Union.” Linda Ozola complimented the work done by AREM, explaining the risks for Russian political refugees. The representatives of AREM called on Latvia to evaluate and direct the necessary changes to the legal framework, which would enable political refugees to protect themselves against Russian repressive authorities.

Dmitry Savvin explained how Russia used legal tools of Interpol to persecute Russian political refugees also outside their country. Compared to other Interpol Member States, Russia makes a disproportionately large number of search requests in the Interpol system, which indicates Russia’s active efforts to combat the opposition whose representatives are most frequently seeking political asylum in the EU and the US. However, unjustified claims in the Interpol system violate not only the fundamental rights of people to free movement by detaining them in law enforcement authorities but also infringes people’s right to privacy and often limits their ability to use banking services as well as to work, and run a business. Participating Members of Parliament agreed to turn this question to the Parliament’s commissions and ask for an in-depth analysis of this situation and an assessment of the need to improve existing legislation. MP`s also underline that parliamentarians have to draw attention to this matter and coordinate our actions.

Feldmans: Lawyer Edgars Zelderis is a good candidate and we nominate him for ombudsman

NOTE: These settings will only apply to the browser and device you are currently using.